The Berlin Wall ran across the city. This wall is not to be confused with the city wall that once surrounded Old Berlin. 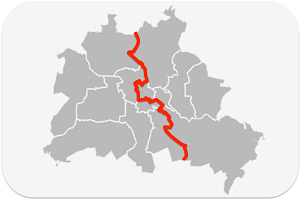 During the division of Germany, the high-security facility was more than 28 years old (13 August 1961 - 9 November 1989), a border fortification system along the border between the western sectors of Berlin and the eastern part of the city.

Course of the border fortification

The course of the border fortification (called by the communists anti-fascist protection wall) began in the north of the city and moved south to the border to the GDR district of Potsdam (today federal state of Brandenburg) and included all West Berlin.

Berlin with districts divided from north to south

There is hardly anything left of the wall today. There are some fragments in the Bernauer Straße (Prenzlauer Berg), the Niederkirchnerstraße (middle) and in the mill street (Friedrichshain) which can be visited by tourists.

In some places, a copper strip was inserted in the street instead of the distant wall.

You can visit parts of the Berlin Wall in Bernauer Straße, Niederkirchnerstraße and Mühlenstraße.

City guides and city tours accompany you directly to the wall stripes and watchtowers and tell exciting and heartrending stories about escape attempts and deaths. [City tour]

At landmark points (Checkpoint Charlie, East Side Gallery, Brandenburg Gate and tourist shops, souvenirs from the time of the division are offered.

But beware! Not all pieces of wall at souvenir shops are real. Fumigations are after-treated concrete pieces. It is best to ask for a certificate.

Course of the Berlin Wall 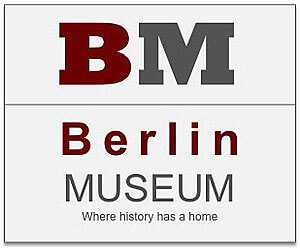 In the Berlin Museum Guide you will find a colorful mix of the museum landscape in Berlin and its districts. The city has over 180 museums and facilities for quality collections.

Map of the division of the city

Course of the wall 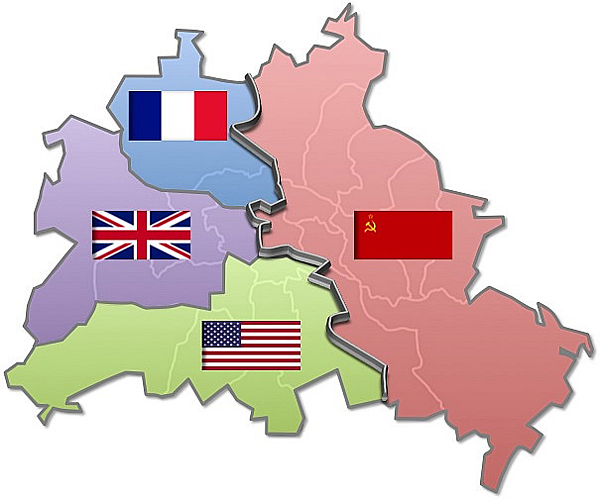 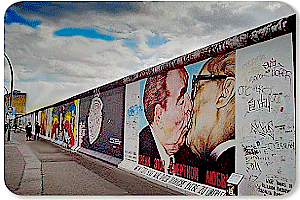 For more than 28 years, the Berlin Wall was a border fortification system along the border between the western sectors of Berlin and the eastern part of the city.

In East Berlin, the wall was called an "anti-fascist protective wall". The purpose was to prevent the flight of East Berliners to West Berlin. This was there as "illegal border crossing" (Republic flight) and was punishable.

The Berlin Wall was both a component and a striking symbol of the conflict in the Cold War between the Western powers and the Eastern Bloc.

From August 13, 1961 to November 9, 1989, it divided the urban area of Greater Berlin into two parts within the four-sector city created by the post-war order of the Allied victorious powers: Berlin (West) and East Berlin. 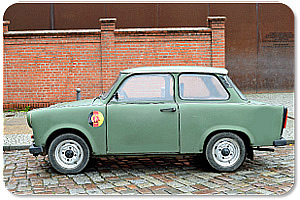 The wall completely surrounded Berlin (West) because it was enclosed by the territory of the GDR.

For the Ost-Berliner Grenzsoldaten the shooting order was valid in cases of attempted escape. When trying to overcome the 167.8 kilometer long and heavily guarded border facilities in the direction of West Berlin over 206 people were killed. In memory of the Reichstag, white crosses with names were erected.